Bill Cosby’s lawyers argued in a California courtroom Thursday that a lawsuit claiming he molested a 15-year-old girl inside the Playboy Mansion in 1974 is legally lacking.

The lawyers claimed plaintiff Judy Huth changed her timeline regarding her “delayed discovery” of psychological injury or illness related to the alleged abuse – so her amended complaint should be dismissed.

Huth’s lawyer John West described the timeline change as a “clarification” that the court previously vetted and accepted as “satisfactory.”

Judge Craig Karlan didn’t immediately rule on Cosby’s demurrer Thursday but suggested the alleged date discrepancy wasn’t a fatal flaw because everything still fell within the statute of limitations.

“This was yet another desperate attempt by Mr. Cosby to derail our case and avoid having to face our client Ms. Huth in a court of law,” Huth’s lead lawyer Gloria Allred said after the hearing.

“All Ms. Huth has ever wanted is the opportunity to present her case to a jury. All Mr. Cosby has ever wanted was to avoid having to face a jury. We trust a jury to decide this case. Mr. Cosby obviously does not,” Allred said. 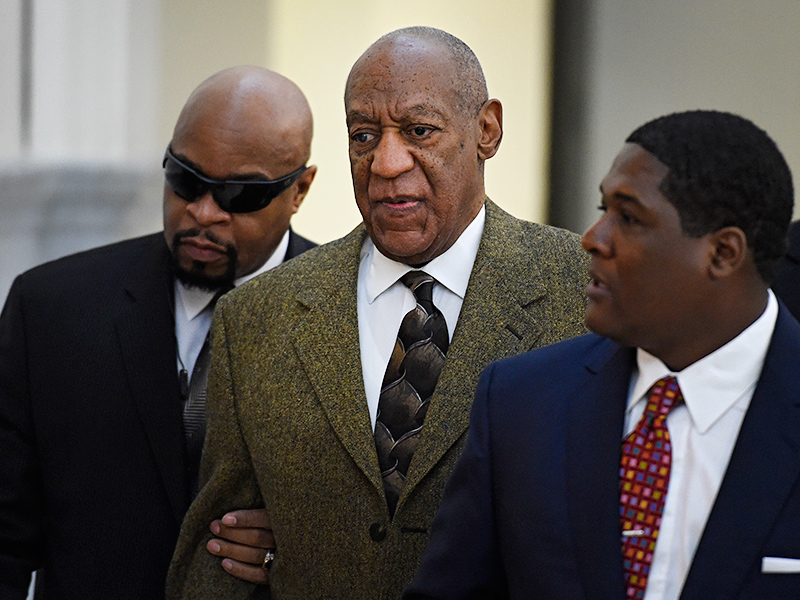 Many of the women have said they believe Cosby drugged them first.

Most of the allegations were too old for the alleged victims to pursue criminal charges or civil claims.

Huth was able to sue because the statute of limitations for child sexual abuse in California starts when a victim realizes an injury such as alcoholism or anorexia likely stems from the alleged abuse.

Judge Karlin ordered both parties back to court on Sept. 20.

Cosby previously sought to freeze the entire Huth proceeding pending the outcome of his felony sexual assault case filed Dec. 30 in Pennsylvania, but the judge only postponed follow-up deposition and discovery requests made directly to Cosby or Huth.

Discovery involving other witnesses is ongoing.

Allred said Thursday that a planned deposition of Playboy mogul Hugh Hefner did not take place as scheduled earlier this month, but she expected to notice the publisher with a new date soon.