Lil Wayne is currently beefing up security around him following a shooting incident during a tour stop in Atlanta.

According to reports, Wayne was in Atlanta last weekend for a performance at Compound Nightclub in the Buckhead area. At least two of his tour buses were shot at by unknown assailants.

The incident took placed near the interstate 285 and 75 junction at approximately 3:30 a.m. on Sunday.

Rappers Lil Twist and Hood were on one of the tour buses according to TMZ. Cops have made no arrest yet but sources say two vehicles were involved in the shoot, a SUV and another car resembling a corvette. There were no injuries or death in the melee.

Lil Wayne is currently locked in a bitter feud with his longtime friend and mentor Birdman, as we as, Cash Money Records.

The New Orleans rapper says he want to leave the label over disputes involving his oft-delayed album Tha Carter V.

Wayne is also suing the label and Birdman for $51 million. 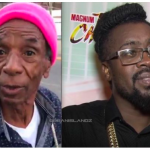