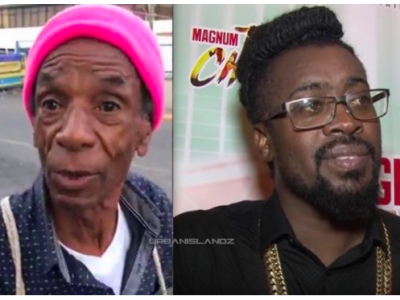 Multiple sources have confirmed with RTM NEWS TODAY that legendary dancer Labba Labba is missing. This latest development came just a few weeks after the dancer went viral online through an impromptu interview he did where he named Beenie Man as the man responsible for Bogle’s murder. His controversial statement brought the spotlight back on the dancehall icon who has been fending off the rumors ever since Bogle was killed in 2005.

Labba Labba has since backtracked on his statement and issued an apology to Beenie Man and Tristan Palmer who he also named as responsible for Mr. Wacky’s death. Beanie also denied the allegations once again during a recent interview with Winford Williams of OnStage.

We’re told that Labba Labba hasn’t been seen for days now and his friends and family are worried that something bad might’ve happened to him in the aftermath of his accusations. “Almost a week now nobody sees or hear from him and trust me a lot of people worried right now,” Travis told us on Twitter this morning.

RTM NEWS TODAY reached to law enforcement to find out if a missing person report was filed, but the department could not confirm.