On Tuesday, 50 Cent, aka FOFTY, fired off some shots at his G-Unit comrade Young Buck, who wasted no time firing back. From last week, Fifty made Buck one of his primary targets on Instagram. On Monday, the rapper/actor ended one beef with Randall Emmett after collecting a $1 million debt that he was owed after ripping the movie producer and his girlfriend on social media.

On Tuesday, 50 Cent then turned his attention to one of his old targets who happened to be a former friend, Young Buck. Apparently Buck also owes Fif some money based on what he wrote on the Gram. “Help Young buck get away from Fofty, just make a donation and set your favorite rapper free. #fofty wants his f***ing money. Lol #lecheminduroi #bransoncognac,” Fifty wrote.

50 also attacked Young Buck in a post about an alleged remix of his single “Shorty Wanna Ride With Me” by a Transgender who Buck allegedly had a relationship with. “I think he’s, I mean she is mad she gave David the idea for a valentines project. @iamglamourpurfek.official smh just kiss and make up Buck,” 50 Cent wrote.

Young Buck fired back at Fifty in a post on Instagram where he seemingly threatens to end his career. “Now…. Curtis./Kanan/Boo Boo/ @50cent You Know Your Days Are Numbered,” 50 wrote. 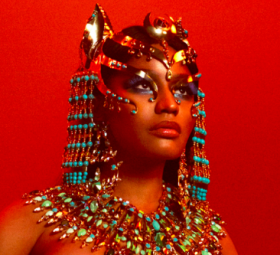